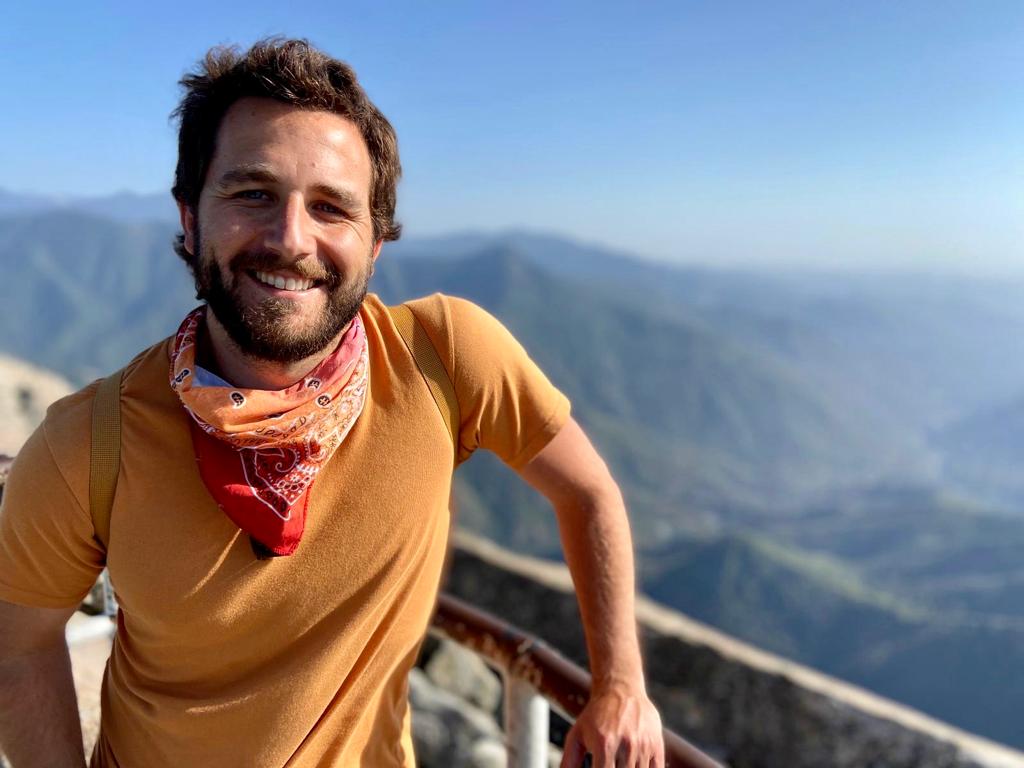 Santi Bibiloni (31) is a Silicon Valley-based technology entrepreneur and co-founder & CEO at COR, a solution he co-created to improve how creative people work and live.

Santi always had two drivers: 1) doing something big, 2) give opportunities to people who never had them.

At the age of 14, he started doing milkshakes in his house and then sell them at the beach, until the beach resort asked him to stop. He did so… and learned how to do (and sell) thread bracelets.

In parallel, he started cooking and serving food in a public shelter for homeless people. Since then, he has always dedicated a large part of his time to helping poor and young people with social disorders to overcome their situations, trying to show them a different way of thinking and a different perspective on the world.

When he got 20, after two years working ad honorem for a non-profit organization and writing in some junior magazines, he decided to start his blog out of college: “No Tenemos Techo,” (aka “we have no roof,” meaning “we have no limits”). The blog, which was built out of WordPress, became popular, and some of its articles were published in different international newspapers. Santi decided to create a book with the blog top-rated posts and sell it during a three months trip to finance part of it.

Back from that trip, a senior tech journalist hired him to write one of his book chapters about Steve Jobs´s recent death.

Santi finished his bachelor´s in Communication Sciences at the age of 21, during the year in which Austral University was named the best private college in Latin America.

eCommerce was about to become a big thing in Latin America, so Santi leveraged his WordPress knowledge to build quick websites for small and medium businesses. That´s how Balloon Group started, bootstrapped, with no investors capital, up to becoming one of Argentina´s fastest-growing companies in its industry with 400 clients in 12 countries. Balloon Group´s first office was an NGO´s storage room with no windows.

Santi helped launch ASEA, Argentinian Entrepreneurs Association, to create and promote public policies that enable startups to grow faster and easier in his country of origin.

Balloon Group was a successful business (and still is). Nevertheless, Santi and his old-time friend Jose, who was also a Partner at Balloon Group, realized the whole professional services industry had a huge, worldwide, problem: salaries are too low in most advertising agencies, consulting firms and studios. And this is not because their leaders keep profits to themselves, but budgeting services poorly as they don´t know how much time projects take. With low-profit margins, these companies never grow neither pay employees better.

Santi and Jose decided to sell most of their shares and start COR, the first AI-powered solution that detects where people are working, so they don´t need to log hours manually. Having clear visibility on time and cost allocation could make these companies have more significant profits and produces a better life for creative and professional teams.

At COR, Santi felt how he could: 1) do something big by 2) helping others overcome their situation. Moreover, capitalizing their experience in the tech & services space.

In 2016, with 27 years, Santi moved to Silicon Valley to launch COR from the world´s tech epicenter. If this new purpose-driven long-term company would be big, it needed to be from where things were happening.

At this time, the US Government had given him an Extraordinary Abilities visa (Green Card) and Santi was featured as “Argentina´s businessmen under 45”. That same year, the Buenos Aires City Government named him “Argentinian ambassador in Silicon Valley” for BA´s Take Off Talent program.

In 2018 he co-launched 22x Fund, the first ICO that enables trading cryptocurrencies (and fiat – i.e., USD) for real equity in the best Silicon Valley startups. It was a way to fund COR leveraging the cryptocurrencies boom.

Creative and professional teams are moving forward, so is COR´s purpose.

Santi usually speaks and serves as a jury in different significant international events. His companies and him have been featured in Forbes, TechCrunch, Huffington Post, plus other 100+ various newspapers worldwide. He is also a Sales & Fundraising mentor at 500 Startups.